Queens drag Columbia into the future 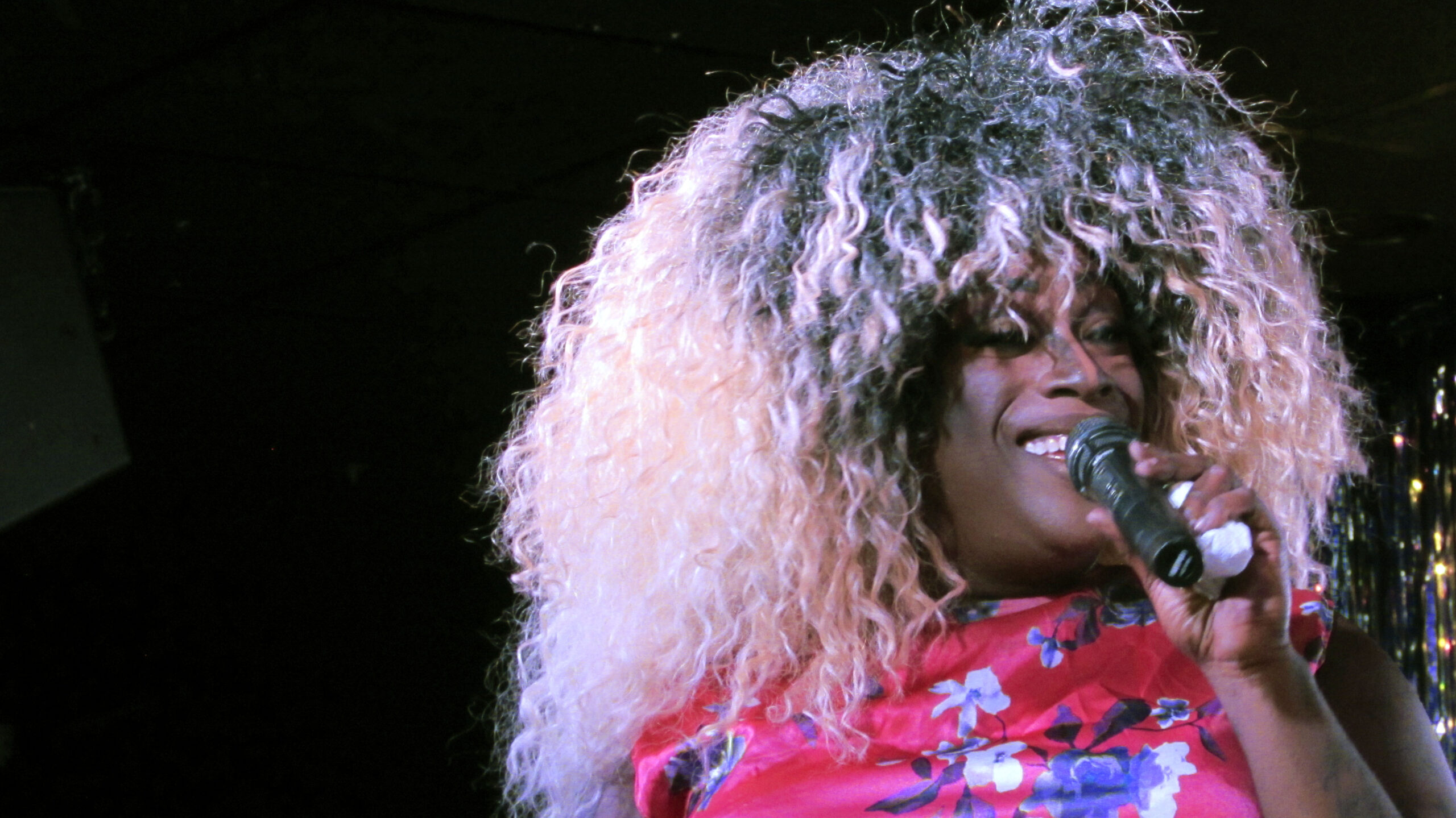 Columbia’s drag scene through the ages

Bright multi colored lights swirl around a stage that commands attention in the center of the far left wall. Purple and silver streamers entwined with bright fairy lights provide a backdrop for talent, new and old alike. Steps lead down from the platform, perfect for setting up a dramatic death drop as a queen enters the audience.

The chairs scattered across the floor hold guests who laugh and converse over drinks in anticipation of the show. At the back of the room, bartenders prepare drink specials like $2 dirty shirley’s and $5 bottomless cups. Speckled throughout the crowd are younger club goers, sporting a black X on each hand and 2 wrist bands.

Backstage, performers bustle around in various states of dress, tucking and blending, preparing to give the audience the show they came for. As 10 p.m. arrives, the first queen, Veronika Versace, stands at the ready behind the curtain of purple and silver. As the song begins, she takes one last deep breath and bursts out onto the stage.

J2150’s Leo Rocha talks about the drag scene in Columbia.

From ancient theatre performers in dresses to the catty queens on “RuPaul’s Drag Race,” drag has a rich and colorful history.

The term “drag” was allegedly coined by Shakespeare, to describe cross-dressing. During the early days of theatre, women were not allowed to act, so men would cross-dress to play both male and female roles.

When the first gay bars opened their doors in the 1920s and ‘30s, their main source of entertainment was drag performers. What started as a necessity due to strict social rules quickly became the staple of modern LGBTQ culture that it’s commonly known as today.

Drag has played a role throughout LGBTQ history. Marsha P. Johnson, a drag activist in New York City, threw the first brick during a police raid on a gay bar at what would become known as the Stonewall riots.

In recent years, shows like “RuPaul’s Drag Race” have moved drag culture more into the mainstream than before. “Drag Race” broke VH1’s record last June in the season nine finale as the most watched program ever on the channel.

Columbia then and now

In towns like Columbia that only house one or two gay clubs, the drag scene becomes a “tight-knit community,” according to Veronika Versace. Even in larger areas, such as Kansas City, KCSunshine says the drag community feels “like a family” whether performers know each other or not.

After the Soco Club closed in late 2015 and replaced by My House Nightclub & Sports Bar, the drag scene moved entirely to Yin Yang. Now the nightclub hosts drag shows every Thursday and Saturday around 10 p.m. The club prides itself on being inclusive to all genders and anyone 18 and over, with sodas and waters available for underage clubs goers wanting to see the shows.

Thursday shows are reserved for local talent—both newbies and old-timers. Saturday shows feature out-of-town queens and kings from areas like St. Louis and Kansas City, where the drag scene is larger.

With the popularity of shows like “RuPaul’s Drag Race,” more young people are trying their hand at drag than ever before. The Mizzou LGBTQ Resource Center hosts a Black ‘N Gold Drag Show every fall, inviting students to participate.

Mark Boyd, a Mizzou student who goes by the drag name “Realistic,” hopes to see the community continue to grow. He thinks that shows like “Drag Race” may have their issues, but they are helping grow mainstream interest in the art.

Rocha is from Dallas, TX. As a rising junior at the University of Missouri, he is progressing towards his goal of becoming a professional Radio-Television Producer. For this project, he edited the video interviews and created the website.

Witham is from Brownsburg, Indiana. As a rising sophomore at the University of Missouri, she majors in Journalism and hopes to have an interest area of Radio-Television Reporting. For this project, she edited the audio interview and shot several pictures.

Shaw is from Highland Village, Texas. As a rising sophomore at the University of Missouri, she plans to enter Investigative Reporting as her interest area next spring. For this project she wrote the text and captions.